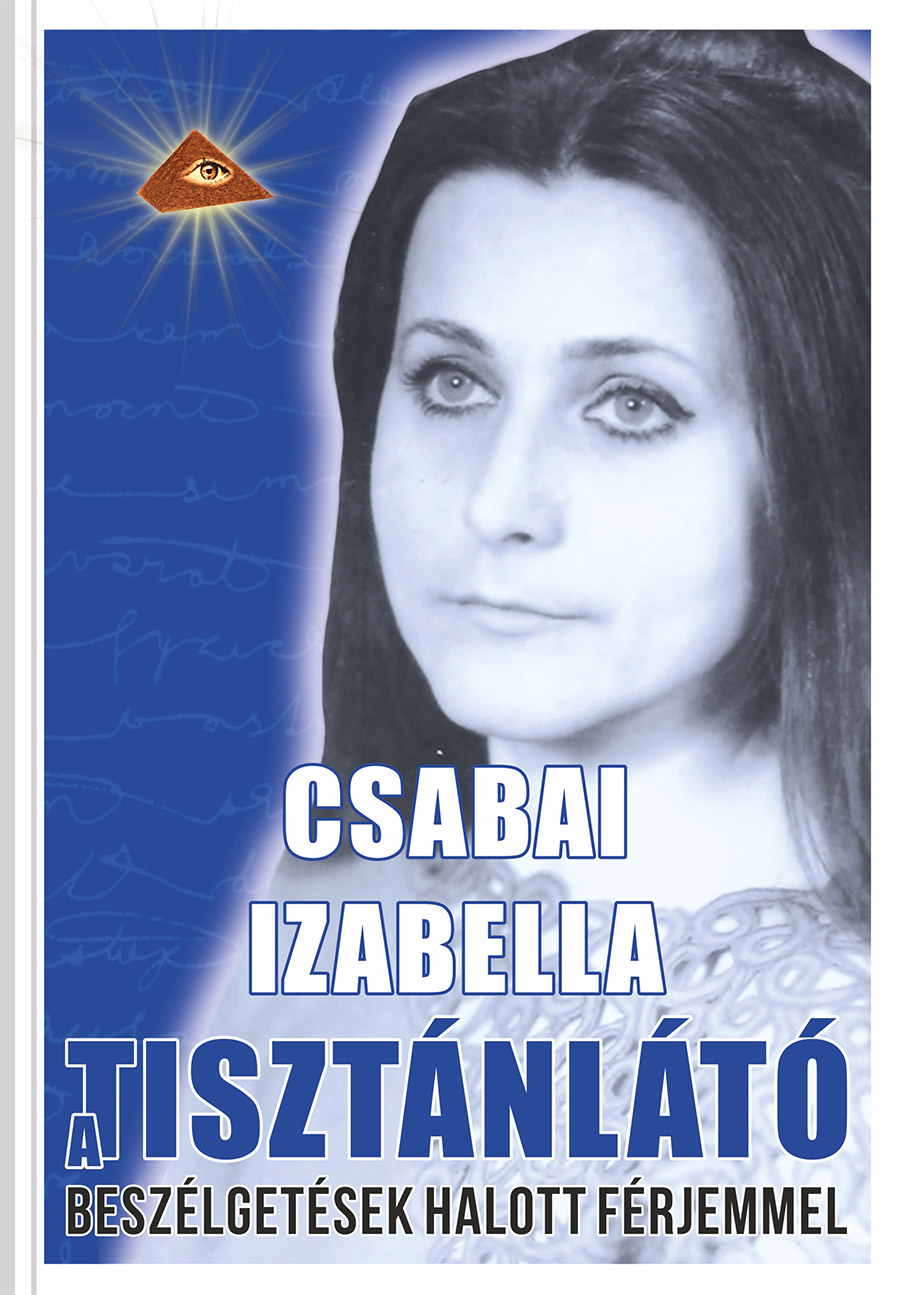 The book of the world-famous Slovak ClAIRVOYANCE.

Let yourself be drawn into the mysterious world and find out how it works and how beings from other dimensions help her.

By ordering the book, you will get the exclusivity of direct communication with the clairvoyant, who is still dedicated to her work. 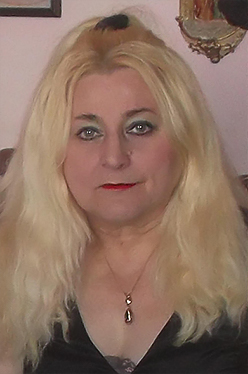 When i received in Croatia my firts prize with my book for spiritual value published in the Hungarian language, I decided to continue and further collect the fearsome and spooky paranormal experiences of ordinary people.

People have a soul, they are vulnerable and no one comforts them. I know because my beloved 33-year-old husband tragically died and my 27-year-old son fell victim to fate.

I began to explore the laws of the afterlife. The Supreme Power helped me and sent me to 16 countries, to shamans, to the visions and to Indian gurus. I even got to the Bankstown Esoteric Center in Sydney, Australia.

I spent 40 years, 80% of my life with other people's problems, courses, meetings, esoteric world festivals at UFO congresses. The helping hands of the upper power came by themselves. The person who took me a few steps above the skyscraper of life was always at my door. Thank God for this opportunity! From fate I have gained more than other ordinary people from life.

My life was cruel, but my spiritual level is high. With a sore heart, I follow the spiritual poverty of millionaires. They have enough money but no other requirements.

I know the secrets of politicians, movie stars, simple sufferers. My life has been many times in danger for 40 years, but help always came at last minute. You have to believe, you dont have to ask, they know when you need help.

Every minute of our lives they watch, we are punished or rewarded according to our merits. Many are disappointed in God when their son, daughter, or partner suddenly dies. God is the most powerful force, the energy of love and he never kills. Deaths are caused by black energy. These black energies unite the sins of the fate of the seven dynasties.

We undo the sins of our family tree. I returned to my 14 previous lives using hypnosis. So I can't think that we don't have old, previous lives. Buddhism is the part of my life because my daily correspondent is from Ceylon (the capital of Sri Lanka). He is my soul sibling. They really believe in higer power. Every day we communicate through applications offered by technology to follow all the rites and moments of the monastery. I hope to meet his heartfelt invitation soon. Amazing honest people. Everyone lives there with their long history. We carry our old family members, our children, our lovers from all walks of life, because we belong karmically to each other.

It is scary what experiences we experience in these returns. We see everything. I understand why I love rice and not potatoes, why I like blue, purple and cyclamen pink. Every human being brings the development of his soul, we take only another body and we fulfill the requirements of our karma in a different situation. Since I have a personal relationship with one of the lamas of the Dharosalay Center of the Dalai Lama (we had several joint actions), I was rewarded by answering questions that other esotericists only dream of. In my new book, I will tell you a romantic story about how fate has linked us to one of the Dalai Lama's doctors and how we became friends. There are no coincidences in my fate, every second is written in advance. How's it going? - I'll write you in my new book.

I have been taught the so far undiscovered numerological codes of Fate that no one has ever given. Besides, they taught me all about the power of the syllable.

After meeting your aura I know if you are healthy, honest or a liar, cruel or broken by life. From a day of birth I know how you live and what fate awaits you. If my mother had someone over her, knowing the power of the numerology boards, he could tell my mother:
Isabella will be clairvoyant.

My numerological code is in the tragic table , clairvoyance. Many people think that if someone pulls them by hand, he is clairvoyant. It is misleading and life-threatening, because if his soul is dead, he may have the spirit of a murderer or a suicide. It can take the name of your beloved, lost family member or cause your death.

As I said in the AKASHA Chronicle, only individuals selected for this mission at birth are ready for the clairvoyant level. I got the power, but as my dead husband claims, only 0.3 percent of humanity gets it.
Ignorance can cause the death of other people. Im thankfull to God for this opportunity, for this knowledge. I didn't live a painful life unnecessarily, and if they offered me a life full of light millions, I wouldn't change it. But unfortunately we can appreciate the value of our earthly suffering only after our death. Since my first book many new cases will be reflected , which was published in 2001, and since then I have had to deal with many serious events. I will say goodbye to my dear readers with a small sample of my future writings.

A young girl in her twenties sat crying in front of my door, waiting for me to let her in. She buried her father a few days ago. He was only 58 years old. Sudden death, heart attack. They had a very nice relationship, she was her father's pearl. Her 30-year-old brother worked in Switzerland and she sent him a telegram with a funeral place. The little girl opened the funeral home early in the morning, where her father lay quietly. When her brother appeared at the door, she stood alone above her father's dead body. The boy greeted his sister and stood on the other side of the coffin. He leaned close to his father's face, wanting to say goodbye to him when a great force caught him, throwing him at the door before his sister's eyes. In a second, the boy went gray. The next day the unfortunate man's hair fell out. The little girl came to me asking about what is that hate. She knew that her father and brother had never had a good relationship, but that they would hate each other so much?!

Through my dead husband, her father had bequeathed that their last confrontation had caused his premature death. This is not the law of fate. Our time to continue and when to stop is written according to the exact screenplay scenario. The Will of the Universe! Chronicle called Space Information Center. The same circumstances and the karma of our destiny can be received by hundreds of thousands of people every day for exactly one second. According to karma, who deserves what fate is due to the sins of the seven dynasties.

I will dedicate my remaining life to humanity and help with all my heart. I went through all the pain. I often ask the Higher Power:
- Is there any karma on Earth I didn't fight for?

All in need of help can find me on Facebook...

*Book and order prices depends on the country selection.

*All order payments are only on delivery.

*Orders are sent out every work day.

*Currently books are available in Slovak and Hungarian language.

By clicking „I agree” you consent to the processing of your data by us and third parties using the above methods.